Although TMS is not FDA approved specifically for use during pregnancy and breastfeeding, many patients and physicians find TMS ideally suited for this purpose because it uses no medication. Pharmaceutical antidepressants can pose risks to healthy fetal and early childhood development, and leaving depression untreated during pregnancy and breastfeeding is even more dangerous to the health of both mother and child. TMS is an effective treatment that eliminates this dilemma.

Difficulty sleeping after childbirth is a common symptom of post-partum depression.

Many mothers might experience hand-wringing, pacing, and more when experiencing post-partum depression.

Crying for No Reason

Commonly mothers might find themselves crying for no apparent reason.

Some mothers might find that they are having difficulty bonding with their child.

Fear of Harming the Baby

How we are treating
depression with TMS?

TMS is a very effective treatment for depression. With just a few simple steps, you can find out if you are a good candidate, what the cost will be, and what your treatment schedule would look like.

Contact us and provide your history of depression treatments. We will interview you at no cost to see if you meet medical necessity criteria and obtain prior authorization from your insurance company.

Come to our clinic for about fifteen minutes for three minutes daily, five times per week, for six weeks. After each treatment session, you can return immediately to work or family life. No medication is used.

Participate in our life skills classes, acupuncture or acupressure, and our biofeedback program sessions at no added cost. TMS works best as part of a comprehensive care package. Weekly psychotherapy with your own therapist is also strongly encouraged and typically leads to better outcomes. 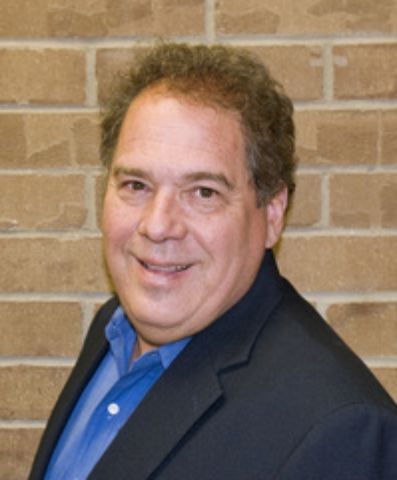 Medical Director of SCTMSC, LLC, John is a Board Certified Psychiatrist and a Distinguished Life Fellow of the American Psychiatric Association. He has over 40 years’ experience treating depression and related conditions and is recognized as a leader in the psychiatric profession. Since 2011 he has been a certified Provider Trainer and TMS provider for three different TMS treatment systems. His experience base includes psychopharmacology of complex conditions. psychotherapy of individuals and couples and the medical aspects of psychiatric illness. He has annually been selected by his peers as one of America’s Best Doctors since 2005. 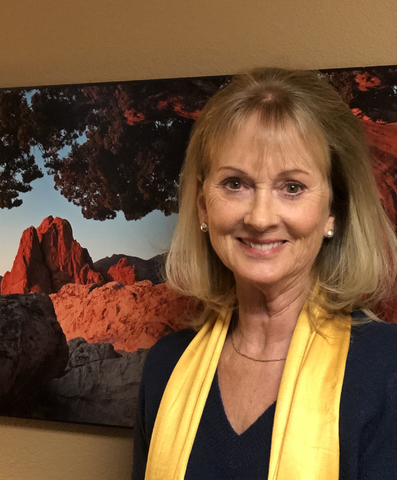 Services Director of SCTMSC, LLC, Melissa received her master’s degree in Marriage and Family Therapy from Azusa Pacific University and her master’s in special education from California State University, Los Angeles. Melissa is a Certified Life Coach and a member of the International Positive Psychology Association. Melissa is also a Certified TMS Provider.

Melissa has been in private practice in Colorado Springs since 1981, working with adults, adolescents, and couples. Melissa specializes in the treatment of depression, anxiety, ADHD, and trauma-based disorders. She has received training in EMDR, Cognitive Therapy, Family Systems Therapy, Energy Therapies, Interpersonal Therapy and Accudetox. Melissa is a Licensed Marriage and Family Therapist. She has been involved with TMS treatment since 2011. 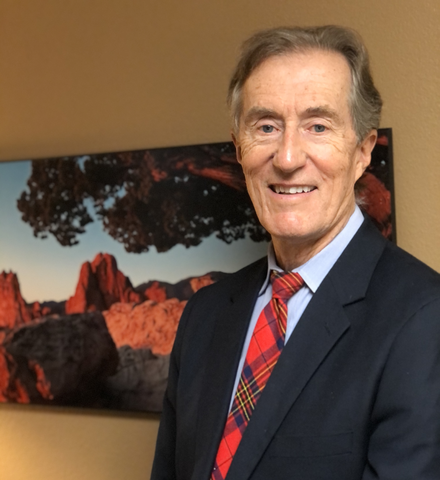 Clinical Director of SCTMSC, LLC and Certified TMS Provider since 2011, Joe is a licensed psychologist and member of the American Psychological Association. He is a graduate of Fuller Graduate School of Psychology, and additionally holds an MA from Fuller Theological Seminary. He is certified by the International EMDR Association and is a Certified TMS Provider.In his thirty years of practice in Colorado, he has specialized in the treatment of trauma-based disorders, depression, anxiety disorders, and dissociative disorders. He also has extensive experience in psychological evaluations, CBT, EMDR, forensic psychology, and is frequently consulted as an expert witness.

How does depression and its treatment change during pregnancy?

A person struggling with depression during pregnancy may become more withdrawn from other children or family members. Untreated depression is associated with an increase in birth defects and poor birth outcomes, so skipping antidepressant treatment is not recommended.

Because the mother’s blood volume increases significantly during pregnancy, dose adjustments of antidepressant medications must be constantly reviewed to avoid problems with breakthrough low level depression.

However, the FDA warns that the use of any antidepressant during the last six weeks of pregnancy can lead to a neonatal abstinence syndrome, in which the newborn experiences withdrawal from a drug that was present in the uterus, in this case the antidepressant. Common symptoms include sleepiness and irritability and an average 26 hour increase in hospitalization for the newborn. Some antidepressants can also increase the risk of birth defects when taken during the first three months of pregnancy.

What about the postpartum “baby blues” and breastfeeding?

If a mother is depressed at the time of birth, or becomes so during the three months after birth, she may find it much more difficult to emotionally bond with her infant or provide effective care. Up to 15% of mothers will experience postpartum depression. Postpartum depression is particularly likely to be associated with guilty ruminations, thoughts of death, and more rarely thoughts of murder/suicide. The increased risk of depression and severity of depression are related to hormonal changes that occur at the end of the pregnancy.

What are the treatments for postpartum depression?

Many mothers do use antidepressant medications during pregnancy and breastfeeding without adverse effects. Others use a treatment specifically developed for postpartum depression called Zulresso™(brexanolone). This newly FDA-approved treatment is a synthetic form of progesterone, one of the maternal hormones that rapidly decreases in a mother’s body right after birth. Replacing this hormone can be highly effective at reducing postpartum depression. Sadly, many other people with postpartum depression simply try to grit through this very difficult time without necessary medical assistance.

How does TMS compare to hormone treatment for postpartum depression?

TMS is an effective treatment for depression that uses no medication or hormones whatsoever. Treatment takes about 15 minutes a day, five days a week, for six weeks. You can drive yourself to and from each session and even bring your baby if you choose. The treatment usually takes effect noticeably within a few weeks and lasts for about two years.

By contrast, Zulresso™(brexanolone) is administered during a hospital stay for 60 hours as a continuous IV infusion. Significant side effects are possible. The drug carries warnings of possible excessive sedation, sudden loss of consciousness, and dropping oxygen levels, which can occur in up to 20% of patients depending on the dose. Zulresso™ should not be administered during pregnancy itself because of the risk of fetal harm. It is secreted in breast milk to a degree that makes breastfeeding unsafe during and for a short while after the treatment. Zulresso™ is a Schedule IV controlled substance and is not available on an outpatient basis. It starts to take effect within about 2.5 days and is shown to last for at least 30 days after treatment is complete. Longer duration impact has not yet been studied.

Where can I get more information about depression and depression treatment during pregnancy and the postpartum period?

In addition to your own physician, obstetrician, and pediatrician, we recommend these two highly regarded resources on depression treatment during this intense and challenging stage of life:

www.womensmentalhealth.org is sponsored by the Mass General Hospital/Harvard Department of Psychiatry.

www.womensmentalhealth.emory.edu/ is sponsored by the Emory University Department of Psychiatry.

What the Patients Think 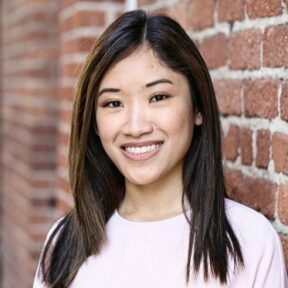 The Southern Colorado TMS Center is truly the most caring, compassionate mental health facility I have ever known. You always hear stories about why people have gone into the mental health field, but these folks truly live it. Everyone who works for SCTMSC (and I mean everyone), exudes warmth and empathy. They walk the walk. One of my family members utilized several of their services, and I got to witness firsthand how they deal with patients. I would highly recommend them to anyone suffering from depression, because they not only offer treatments but expect patients to participate fully in their recovery. 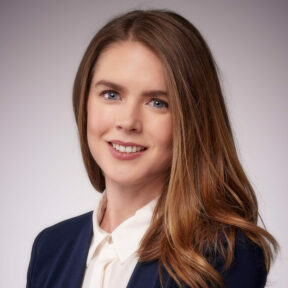 Dear TMS staff, I want to express my thanks for all your sincere help while I went through a very difficult time. Every time I went to the center the staff was so kind and understanding. The educational classes in the evening were wonderful and I have learned so much about depression. I still look at the handouts you provided. I have gotten into meditation and continue to educate myself about depression and anxiety. If I watch “Friends” on the TV, I will always think of my experience at the Southern Colorado TMS Center!! Thank you for doing your job so well. 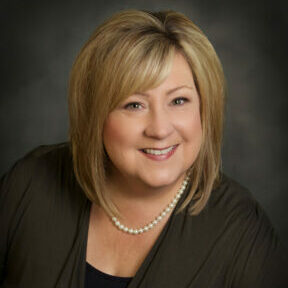 All the staff at SCTMSC are very caring during all of the components of the TMS treatment. From dealing with insurance companies to adjusting one’s treatment time due to conflicts with your schedule; they are all wonderful. I would recommend TMS treatments to any person suffering MDD, as I have for many years. From my experience, TMS helped me far more than an anti-depression medication or CBT. 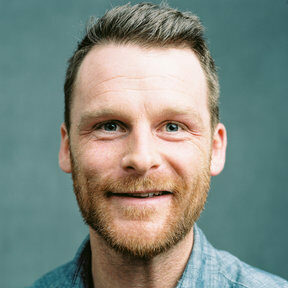 Dear TMS Team, I just wanted to say that 6 months after treatment, I am doing well. I have a new life and I am living it up. It is like being young again as I am finding my way again. I am so grateful to Dr. Fleming, Camice, Dawn and all the folks who helped me to get here! But especially to Dr Fleming. 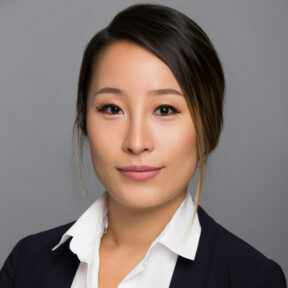 Dear Dr. Hammock, I am so incredibly grateful and appreciative for all the time and attention you gave to my husband and me. Thank you, thank you for caring so much abut the individual person. I am also grateful that you took the time to help us separate out how we view ourselves in relation to our understanding of God’s love for us verses our symptoms of major depression; neither of us had realized or thought about that. That was incredibly insightful of you and so thoughtful of you to help us get to the root of it. Thank you for helping so many people. I can tell, that you and your team do a lot of good with very sincere hearts. It shines through unmistakably.

We focus on delivering real solutions for our patients. We know that patients can have real life-changing results through applying TMS.

TMS can effectively treat depression in patients with bipolar disease and reduce problems with antidepressant use.

TMS can help by treating the “depressive phase of” bipolar disease with no medication.

Many people suffer from depression. However, through the application of TMS they may find relief.

TMS effectively treats depression, without the use of medication.

As a teen goes through difficult changes in their adolescent years, they can experience serious depression. TMS can help teens who suffer from depression.