Imagine this: you went through psychotherapy for your depression, and you’ve been symptom-free for years. You’re thriving at your workplace, and you’re able to make and maintain fulfilling social connections. You’re taking care of your body, your mind, and your spirit.

Then, something happens — maybe you get laid off from your job, or you experience an injury that forces you to stop working out for a while — and your depression symptoms suddenly come back with a vengeance. It’s like you’ve had the wind knocked out of you. What triggered this depressive episode, and how can you avoid triggers like this in the future?

In this article, we’ll talk about the main causes and triggers of depression, and what you can do about them.

What Are the Main Causes of Major Depressive Disorder?

Depression is a chronic illness. And just like most other illnesses, there’s not one thing we can point to and say, that’s what caused it. We do know that there are a few different factors¹ that contribute to the likelihood of developing depression. These include:

At the end of the day, there is no formula that perfectly determines who will develop depression or when. Many people with a genetic predisposition to depression never experience symptoms of depression, and others with no family history of depression do. Depression can affect anyone from any background, and there is no way to predict it.

What Can Trigger a Depressive Episode?

Symptoms may come and go in waves; on some days, you feel motivated and optimistic enough for everyday activities, but the following week, you may feel so low that you can’t get out of bed. When we talk about a depressive episode, we’re just talking about the low points when symptoms are more severe.

The risk factors we discussed above are things that make you more likely to develop depression at some point in your life. But what, exactly, can trigger depression symptoms to show up when they do? What are the factors that lead to people experiencing their first depressive episode (or a depression relapse after they’ve received treatment for depression)?

Any kind of stress or life change can trigger a depressive episode, especially in people who were already at risk for depression. The following list of triggers⁴ is not exhaustive, but offers key examples of life events that could lead to someone developing depression symptoms.

Again, these are not the only possible triggers for a depressive episode, but they are important ones to look out for.

What to Do if You’re Going Through a Depressive Episode

Whatever the trigger was, if you’re currently going through a depressive episode, know that you’re not alone. Depression is a treatable illness, and we at Southern Colorado TMS are committed to helping you find relief from stubborn depression symptoms.

Transcranial magnetic stimulation, or TMS, is a safe and effective brain stimulation therapy. Using electromagnetic coils placed on your scalp, TMS delivers tiny, painless micropulses to your brain to activate certain regions that are affected by depression. Many people have found relief from their depression symptoms through the use of TMS, including those who didn’t see any improvement with psychotherapy or medication.

If you’re struggling with depression, don’t give up. Contact us today so we can discuss what we might be able to do for you. Many insurance plans cover TMS treatment, and this therapy is safe and well-tolerated by most people. Best of all, the effects are long-lasting, making it less likely that you’ll experience a depressive episode again in the near future. 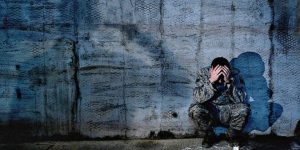